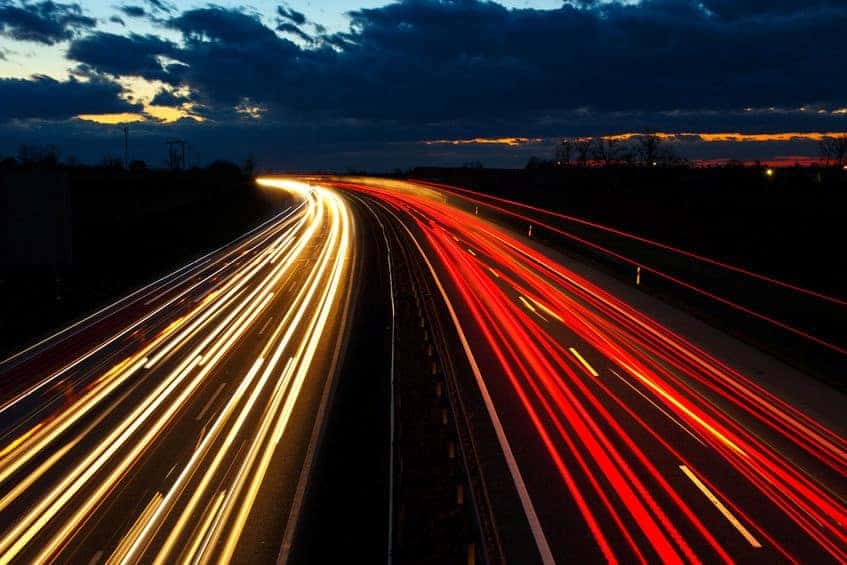 Like many people I didn’t realize that my phone camera had some amazing advanced video and photography features that I never use. This articles explains some of these phone camera techniques to improve your phone photpgraphy.

These are just some of the advanced features that are available in the latest smartphones:

I’m on a mission to try and improve my smartphone photography and I have recently discovered some cool advanced features that you may want to consider if you want some Instagood.

Long exposure – want to get those cool night shots of streaking car lights. How about using your smartphone with a tripod, so you can capture family pictures using the self-timer.

One of the most amazing features I have found is timelapse, where you can take a series of pictures over time and join them together into a video. With timelapse, you can do things like fast moving clouds or the tide coming in over some rocks.

You can create some amazing pics with these features. Let’s dive in and see how we can use these advanced features in our own pictures.

Getting to Grips Manual Focus

Most of the modern smartphone manufacturers have included some kind of manual focus feature. This allows you to focus on a specific subject, a persons face, or something behind an obstacle.

In autofocus, the smartphone camera will always focus on the subject directly in front of the lens, but this on not always what we want. For example, if you are in front of a tree and you want to capture someone behind the tree, it will be difficult for the smartphone camera to focus on the person behind the tree. This is the ideal scenario to use manual focus sometimes it is called selective focus.

If we enable this feature it means we can touch the screen and the camera lens will focus on the point that we touch. So we can actually focus on any area of the picture that we want to capture. Once I had discovered this feature I found myself using it all the time.

Going Steady With a Tripod

A tripod is one of the most significant things you can use to improve your smartphone pictures. It will allow you the freedom to set your phone down somewhere so you don’t have to hold it when taking pictures. It will also prevent your phone from shaking when you take a picture and prevent unintentional blurry pictures. If you see a professional photographer it’s almost guaranteed that they will be carrying a tripod along with their other camera equipment.

You only need a small tripod, something that is easily carried and can fit in a pocket or a bag. You will also need a tripod mount for a smartphone. You may even have a tripod mount already if you own a selfie-stick. When you get familiar with some of the advanced features your smartphone camera has to offer, you will need to use a tripod regularly so choose wisely.

There are lots of more advanced features that you can unlock when you use a tripod and I will talk about some of these features in the following sections.

This is most definitely one of my favorites techniques using my smartphone camera. You can take some stunning pictures using long exposures. Using this technique allows you to represent the passing of time in your pictures. I love using exposure to try and capture the full impact of the stars and the milky way on a clear night. My smartphone which is a Samsung Galaxy S8 Plus enables long exposures of up to ten seconds, other phone manufacturers may have different exposure options.

Long exposures are achieved by changing the shutter speed on your smartphone camera. You will need to go into pro settings on a Samsung smartphone or switch on live-photo if you are using an iPhone.
You will need to use a tripod to prevent camera shake during the long exposure and you should place the tripod on a steady surface. You will also need to use a timer so you don’t have to touch the phone to initiate the picture.

If you need more advanced features that are provided by the standard options you can also get some apps that are designed specifically for long exposures. Using a dedicated app can make it much easier to change the required settings in our smartphone camera.

To get the best results from a long exposure photo we need to try and capture the difference between moving and still aspects of the picture. The moving elements will blur, and the still parts of the picture will remain sharp. Obviously, the object moving can do so over time, it doesn’t want to be so quick that is is only in the shot for a fraction of a second as it will most likely be rendered invisible in the picture.

Getting Up To Speed With Timelapse

I love taking timelapse it’s an amazing phone camera technique to learn, you never know what it is going to turn out like so it’s an exiting. The great thing about timelapse is that it gives you the opportunity to do other things while the camera works away for you on its own. During a timelapse, the camera will take a series of pictures at a specified interval, often one picture per second. the pictures are then joined together to produce a video clip makes everything look like it is sped up.

When I’m wild camping in the hills of Scotland, I like to set up a timelapse to capture cloud inversions and sunrises and use the spare time to pack up my equipment and have a hot cup of coffee. On some smartphones, this feature is called hyperlapse which also has additional capabilities that I will explain.

A timelapse usually involves having the camera in a stationary position and the camera takes a sequence of pictures that are stitched together in a fairly short clip.

To get the very best results from this phone camera technique is to put the smartphone on a tripod and try to keep the camera in a sheltered location away from wind and other influences that could cause the camera to shake which will cause images to be blurred. It’s also recommended that the camera exposure is set so it doesn’t change with altering light conditions, this can ruin what would otherwise be a beautiful timelapse.

A hyperlapse is similar to a timelapse but the camera can be moved around during the session. You could be walking with the smartphone while it takes a picture every second. This gives an interesting result, and it’s well worth giving it a go.

You can also take advantage of several smartphone apps that will make timelapse easier.

Taking It All In With Beautiful Panoramas

Panorama is another super useful feature that comes into its own when you want to capture a big vista. You try to get the camera to take a wide but it just doesn’t get anywhere near the full vista onto the smartphone screen. This is where the panorama feature steps in. Creating a panorama pic enables you to take multiple pics right across the whole vista and the camera will automatically stitch the individual pictures together to produce one huge beautiful picture. Once you enter panorama mode in your smartphone camera you will be guided by your phone on what you need to do to get the best results.

Taking It Easy With Slow Motion

Sometimes you want to see things slowly, you don’t miss a single thing luckily we can achieve this with the slow-motion feature in our smartphone. To get the best results we need to make sure that we move the smartphone slowly when taking slow-motion video otherwise we will get jumpy footage which is not what we want. Smartphone cameras implement slow motion in a similar way to they implement timelapse, they take pictures at small intervals and then join the pictures together as a video.

The best smartphones have had slow-motion for some time so have a look through your smartphone camera settings to see if you can see this feature and give it a try. It’s the best way to capture action footage.

Different manufacturers have different self-timer features, some enable the time to be set while others have a range of presets. Most will provide an indication of then the picture is to be taken, some have a countdown on the screen while others will provide an audible sound. The self-timer feature is useful in a number of advanced features when you want to start the camera taking the picture without touching the camera.

HDR is a feature that gives your pictures a more dynamic range, which is a broader range of shades from light to dark. It ensures that parts of your pictures are neither underexposed or overexposed. The greater dynamic range is achieved by the camera taking several pictures in succession. Each picture with a slightly different exposure. Some pictures will be slightly underexposed and some will be slightly overexposed. The smartphone software then joins all of these (bracketed) exposures into a single image that has elements of each image take to create an overall well-exposed picture.

The camera takes the pictures very quickly so you will hardly notice it will happen, but the results will be quite impressive compared to a single exposure.

Most of the latest smartphone cameras have this feature but it may not work in all settings, it can depend on the resolution of the image you are taking and if you have image stabilisation enabled or not.

Before I started looking into the best phone camera techniques, I didn’t realize that my phone had so much phone camera technology packing so many advanced features. I discovered that my smartphone camera had several advanced features that you normally find in high-end cameras, including; selective focus, timelapse, long exposure/hyperlapse, self-timer, and panoramas. In order to use several of the advanced features, I discovered that is was necessary to use a tripod of some description. I discussed which kinds of tripod would be suitable and that they should be portable and easily carried in a pocket or a bag, pointing out that you will eventually want to carry a tripod regularly so it would be prudent to get a portable option.

I talked about selective focus and how it can solve some focusing issues which are often encountered when using smartphone cameras. I introduced the concept of long exposure and discussed how this can be used to improve our smartphone photography and enable us to capture the feeling of movement in our pictures.

We also looked at and hyperlapse to clarify the differences between the two features. I then explained how these features could be used to create videos that show a period of time sped up.

The following section was related to panoramas and how our smartphone can stitch several pictures together to produce one large image to go beyond the normal capabilities of the smartphone camera. This feature is often used to capture large vistas that can’t fit into a single picture.

I also described the feature and how it can be used to enable group pictures and will give time for you to join the group before the picture is taken. I also eluded that the is useful when using several other advanced features to help prevent camera shake.

Lastly, I introduced the features of slow-motion and how it can be used to capture action shots or shots we want to slow down to see what is happening in more detail. Finally, I pointed out that is necessary to move the smartphone camera slowly when making a slow-motion video as moving quickly with spoil the slow-motion effect.

I hope you enjoyed this article and managed to learn something about the unused features in your own smartphone. See you soon. 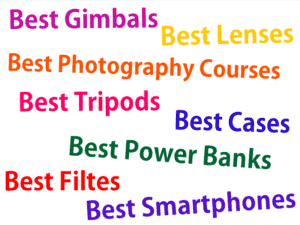 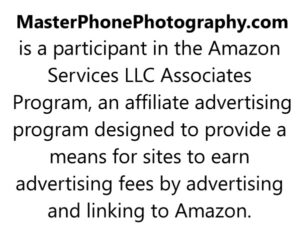